We all know that Asia Media is under heavy selling pressure for the past 1-2 weeks. Today it takes a bit of breather, up 8% and looks good for a trend reversal. 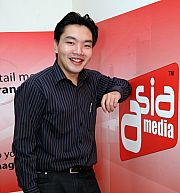 It doesn't seem to be a good news to investors when the CEO of any company dispose so many shares in the open market. CEO is the one who knows the company best. If the company is going strong in the right way, no one would like to simply sell its shares, unless he is in dire need of a sum of money.

Anyway, after the shares disposal, Wong still have 81+million of Amedia's shares.
Posted by Bursa Dummy No comments:

Email ThisBlogThis!Share to TwitterShare to FacebookShare to Pinterest
Labels: AMedia

Tambun Indah's share price has surged 17% from 60sen to 70sen for the past 3 days. I think it is largely contributed by an analyst report by RHB.

RHB Research has published a detail analysis on Tambun Indah on 11 Oct 2012. They even do a site visit to Tambun Indah's recently completed project "Pearl Garden".

Interestingly, Tambun's share price is valued at 95sen. The full report of the analysis can be obtained at http://tambunindah.investor.net.my/wp-content/uploads/2012/10/TambunIndah_RHB_121011.pdf 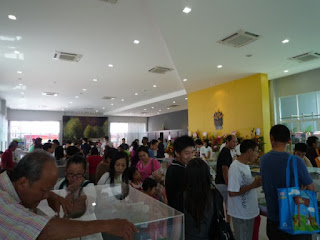 Here is the summary of the report by RHB research:

♦ Penang mainland – an area which has been underestimated. As attention has always been focusing on the Penang island, the prospect of the property market in the mainland has been underestimated. Given the completion of the 2nd Penang Bridge, which connects Batu Maung and Batu Kawan, in Sept 2013 and more industrial parks will be set up on the mainland, population and business activities on the mainland will increase, driving the property buying interest in these areas. Spillover will also come from the island, given the stubbornly high property prices there and hence more attractive price gaps. Tambun Indah (TI) has about 660 acres of land on the mainland to tap on the strong growth potential. The % of Penang island buyers for TI’s key residential project Pearl Garden/Villa has also risen to 41% in 2011 from 28% in 2009.

♦ Property sales accelerating. One year ahead of the completion of the 2nd Penang Bridge, demand for properties on the mainland is already gaining momentum. This is reflected on the pricing trend of TI’s properties with an appreciation of 10-20% between 2010 and 2011. Moreover, TI’s sales of RM347m in 2011 were more than doubled from RM137m in 2010. Given the right pricing, location, quality products, design and landscaping, we expect TI’s sales to hit RM400m this year. 1H’s property sales already mounted to RM212m and RM600m GDV worth of projects will be released in 2H. Some projects such as the Straits Garden (GDV RM236m) have already achieved take-up rate of 80% and 50% for the first two blocks.

♦ Dividend stands out, anchored by solid balance sheet and earnings growth. TI is professionally managed. The company’s balance sheet is currently in net cash, giving it ample war chest for landbanking. Given the low land cost of RM11 psf for the 650-acre Pearl City (vs. current market value of >RM20 psf), GP margin of 30-35% is not only sustainable but also comparable to some of the top peers in the industry. The steady earnings growth will underpin its dividend payout of 40-60%. Based on the current share price, our DPS estimates suggest a fairly attractive dividend net yield of 11%, possibly the highest in the sector.

♦ 58% upside and 11% net yield. TI is a good Penang mainland property play. There is no research house covering TI currently, which probably explains the company’s relatively undemanding valuations of about 4x PE. TI’s growth and dividend angle have been substantially under-appreciated by the market. We value TI at RM0.95, based on a 40% discount to RNAV. Share price is now slightly below its adjusted IPO price of RM0.64.

Soon after this, The Star has also reported on Tambun Indah for its Pearl City Business Park. According to the report, SIS International School will start construction in Q1 of 2013, followed by its leisure mall in the next quarter. However, there is no hypermarket in the first phase.

Phase one of the project comprises a tenant-mixed control leisure mall with food and beverage and retail outlets, a karaoke and a cineplex.

“Phase one will also feature a RM140mil commercial project with 188 commercial lots, which will start construction in mid-2013, and an international school,” says Tambun Indah managing director K.S. Teh.

The Straits International School and the leisure mall are scheduled to start construction respectively in the first and second quarter of 2013.

“The Straits International School, which is under a Cambridge curriculum, is scheduled to commence the first intake in January 2014,” says Teh. 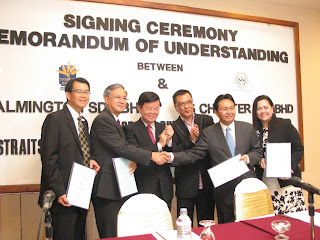 SIS International School: on and running

Phase one is scheduled for completion in 2016.

The group is now planning for phase two which will include a hypermarket, medical and wellness centres, gated landed properties, and a furniture village.

There are 12 established and growing industrial parks within a 15km radius of Pearl City Business Centre, providing support for the project.

“Seberang Prai will attract new home seekers who are looking for quality lifestyle living with pricing within their income range,” Teh adds.
Posted by Bursa Dummy No comments:

Last week, it is still well above RM1 level. It keeps on achieving new high for the past 2 months. Its chart shows a beautiful uptrend. It has a good earning record. It is ready to be transferred to main board.

Even the announcement of proposed 1:1 bonus issue plus free warrants could not save Amedia's share from going further down. Why? Probably overheated stock, fried to too high level.

This is the risk and volatility of stock market. 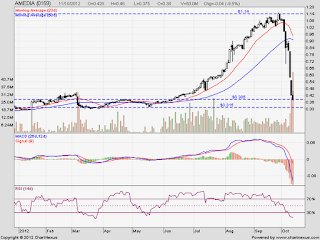 Email ThisBlogThis!Share to TwitterShare to FacebookShare to Pinterest
Labels: AMedia 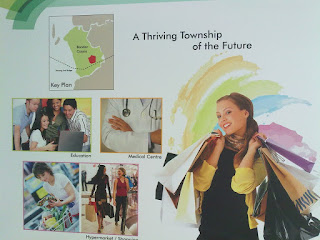 A Thriving Township of the Future

This leasehold land is likely to be located at the southern region of Batu Kawan near Penang 2nd bridge. It is purchased by Abad Naluri in March 2011 from Penang Development Corporation for purpose of mixed commercial & residential development. 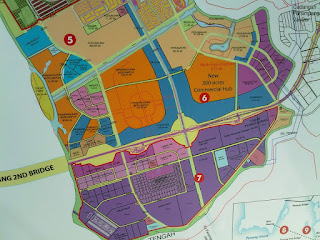 Is the above-mentioned land no.6?

The proposed development is estimated to be worth RM3.8bil and will be completed in phases over 10 years. Malton shall be entitled to 82% of the GDV base on the joint development agreement.

With the "handover" of this project to Malton, Equine should be able to concentrate on its Crescentia Park township project at the north of Batu Kawan.

Malton & Equine, who is a better developer?
Posted by Bursa Dummy No comments: