Despite slight drop in revenue and PBT YoY, Latitude's FY15Q1's PATAMI improves 14% YoY from RM14.6mil to RM16.6mil due to acquisition of remaining shares in its Vietnam operation.

Cash flow in first quarter of FY15 is not so "nice" due to substantial increased in trade receivables. However, this does not seem to be a problem from historical point of view.

Balance sheet remain strong with cash inches up while total borrowings are reduced.

As US economy is in the process of recovery, I think this will only benefit Latitude in the near term.

Latitude's 8.5sen dividend for FY14 disappoints most investors I guess, as the payout ratio is just 15% compared to previous year's 25%.

Hopefully the management will make good use of its cash to expand its business. 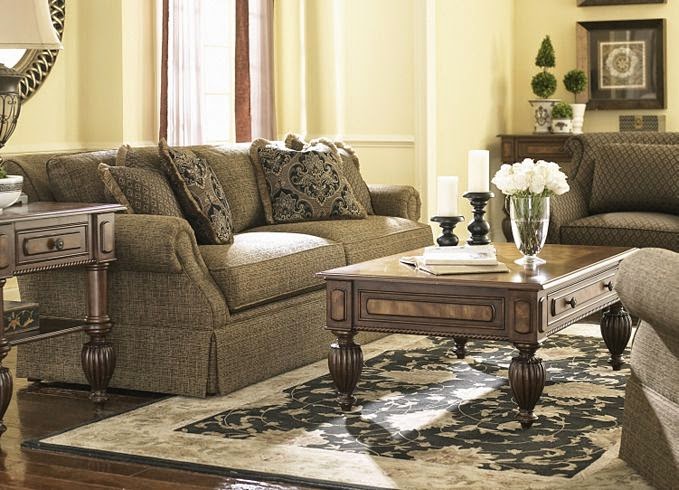 Another famous investor Fong SL has reduced its stake in Latitude from 1365k to 530k. He might have bought the shares at below RM1 in early 2013 and has earned 300% in one year from Latitude.

For me, I will not sell at this stage.

I will keep my previous target price of RM4.53 base on FY14 actual EPS and PE of 8x.

Email ThisBlogThis!Share to TwitterShare to FacebookShare to Pinterest
Labels: Latitude

The poorer result is mainly due to lower consignment and export sales, together with higher operating cost and again, "provision made for certain expenses".

Cash level drops mainly due to repayment of bank borrowings amounting to RM7.4mil in FY15Q1.

Out of its 3 major business segment, retailing segment is the only one that registers YoY earning growth with 15% increase in PBT.

The other 2 segment which are design & manufacturing and distribution & trading suffer poorer PBT YoY with 52% & 35% reduction respectively.

Despite challenging & competitive local retail market, YOCB Board still "expects a satisfactory growth in the financial performance of the Group for the coming FY ending 30 June 2015".

It looks like this statement is cut & pasted to every quarterly financial reports. 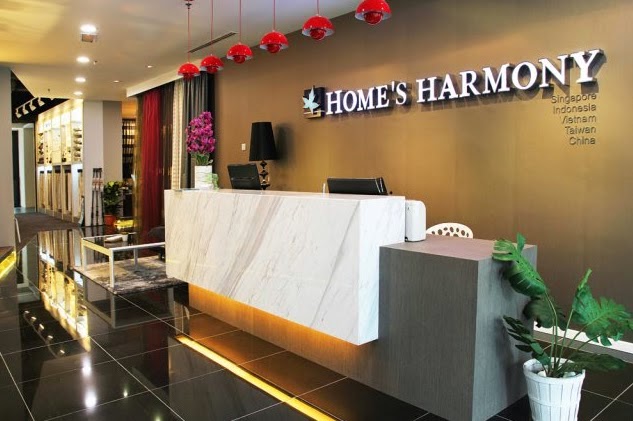 YOCB earlier declared a final dividend of 2sen for its FY14, making it total 4sen or RM6.4mil dividend for the year, which represents a 32% dividend payout ratio.

Dividend yield will still be a good 4% at share price of RM1.00.

Despite poorer financial results for the past 2 quarters, YOCB will carry on with its expansion plan by commencing the construction of a new factory & warehouse on its recently acquired land.

The construction which cost RM9.3mil will begin in Dec14 and is expected to be completed in the second half of CY2015. 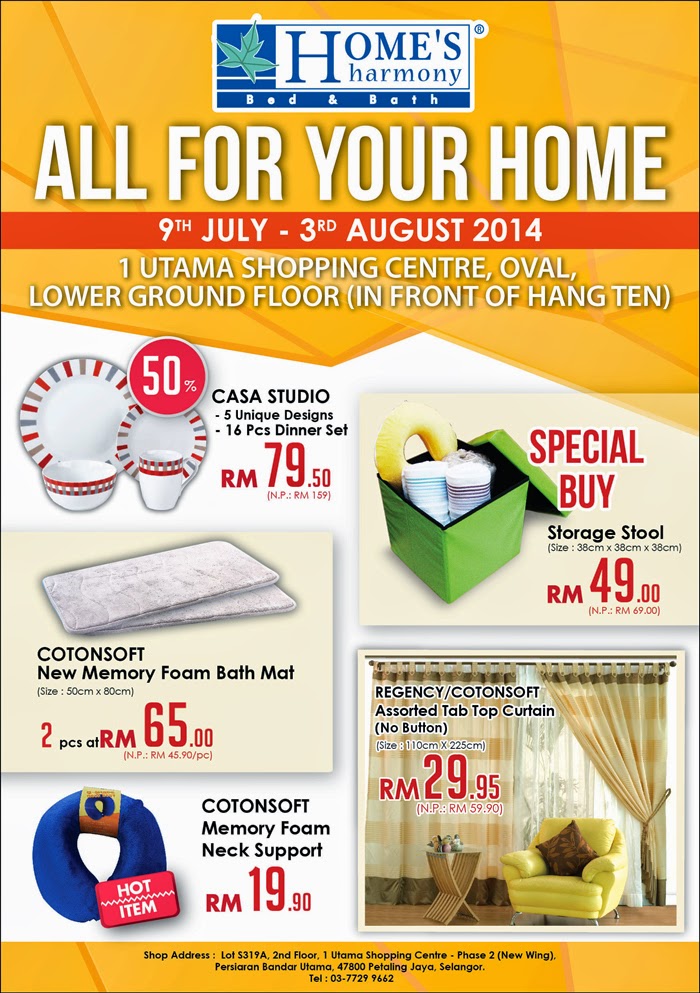 YOCB's inventory is getting higher while its sales and profit margin are getting lower this quarter compared to previous year.

This may indicate that it has poorer sales, and is forced to cut price or is unable to increase the selling price of its products to mitigate the rising cost at the moment in a competitive environment.

Nevertheless, why does the management still want to build a new factory & warehouse? Do they foresee better demand in the future?

I will lower net profit forecast for YOCB in FY15 to RM16mil, thus EPS will be 10sen and target price RM1.00.

As my shareholding in YOCB is very small, I may just treat it as a fixed deposit and hope for better result from year end sales.

If I have a chance to sell at a good price, then I will take it.

Posted by Bursa Dummy No comments:

Email ThisBlogThis!Share to TwitterShare to FacebookShare to Pinterest
Labels: YOCB

However, EPS drops 4% QoQ due to conversion of warrants.

Inari's management has successfully improves the margin of newly acquired Ametron from 3.7% to 6.2%.

Its Radio Frequency unit has been running at full capacity since April 2014. It has already acquired a 5.5-acre leasehold land with a 2-storey factory at Bayan Lepas to expand its production.

Besides, it has also acquired a piece of 5.05-acre leasehold land in Batu Kawan industrial park for RM7.85mil. However, the Batu Kawan site is only expected to contribute from year 2016 onward.

Lots of warrants have been converted to Inari shares in year 2014 despite the fact that they will only expire in year 2018.

Though earning has been diluted, it shows investors' confidence in the company's future. I believe that many are eyeing its upcoming rights issue with free warrant, as well as its quarterly dividends.

As a result, cash increases to a record level of RM89.5mil.

Inari has announced its first interim dividend for FY15 and it does not disappoint for sure. It will pay 1.8sen single tier dividend plus a special dividend of 0.4sen. This is almost 50% higher than previous year's corresponding period!

With the robust outlook of semiconductor industry at the moment, I think Inari still has room to grow.

The acquisition of the 166,000 sq ft factory in Bayan Lepas will increase its production capacity in RF business from early year 2015. It might also shift some of its fiber optics operation from Johor to the new factory.

Nevertheless, there are no financial info regarding those subsidiaries in Inari's quarterly financial report. So we can only get the info from analyst reports later.

Its proposed rights issue & free warrant is expected to complete in early January 2015.

I will set my guesstimated FY15 PATAMI for Inari at RM140mil, which represents a great 40% improvement YoY.

With current outstanding shares at 616mil which has increased quite a lot from end of FY15Q1, target EPS and target price will be 22.7sen and RM3.41 (PE 15x) respectively.

With 40% dividend payout, it might pay up to RM56mil in FY15 as dividend, or approximately 9sen per share. Dividend yield will be 3.1% at share price of RM2.90.

This means that it is likely to pay more than 2sen for the next 3 interim dividends in FY15.

Anyway, the rights issue will further dilute its earning about 12-13% excluding the new warrants.

As I expect its bottom line to grow, I will keep my investment in Inari.

Posted by Bursa Dummy No comments:

Email ThisBlogThis!Share to TwitterShare to FacebookShare to Pinterest
Labels: Inari

PBT drops 38% from RM3.7mil to RM2.3mil in the same period mainly due to a non-recurring listing expense of RM1.87mil incurred in Q3.

Overall 9-months revenue grows 35.1% from RM50.7mil to RM68.5mil. However, PATAMI drops slightly from RM7.3mil to RM7.0mil in the same period due to the listing expense and higher distribution to non-controlling owners in current financial year.

Balance sheet becomes much lighter after the RM20.5mil cash from IPO is included.

Net debt/equity ratio falls more than expected to 0.19x from 0.77x. Current ratio is at a comfortable 1.5x.

Cash flow from operation remain good while the management continue to spend on production capacity expansion.

Overall it is still a good quarter for Heng Huat. 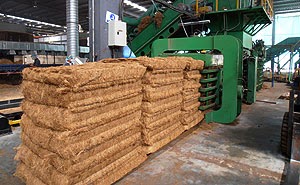 Nevertheless, usually I will not include special one-off gain or loss into the calculation of target price.

Even though the listing expense of RM1.87mil is not a huge amount, it is actually very significant for a small company who earn a little like Heng Huat.

The growth of Heng Huat will depend on demand from China and its ability to find new markets.

I will continue to hold its shares and monitor its subsequent quarters' results.

Tambun: Back to Net Cash

It's another RM0.1mil higher PATAMI for 2 quarters in a row for Tambun.

Nevertheless, revenue falls 8.8% due to lack of new launches in FY14Q3.

Q3 launch has been delayed as it is reported that new projects are still pending approval. I believe that those projects are Rain Tree Park 1 & Pearl Avenue 2.

Pearl Avenue 2 has been launched in Q4 with take up rate of 70% so far, while the show houses of Rain Tree Park have been opened for public recently.

Anyway, the stickers game has already started for Rain Tree Park 1 since months ago.

Overall take-up rate for its on-going projects reaches 87%, which is excellent and better than 81.2% announced last quarter. 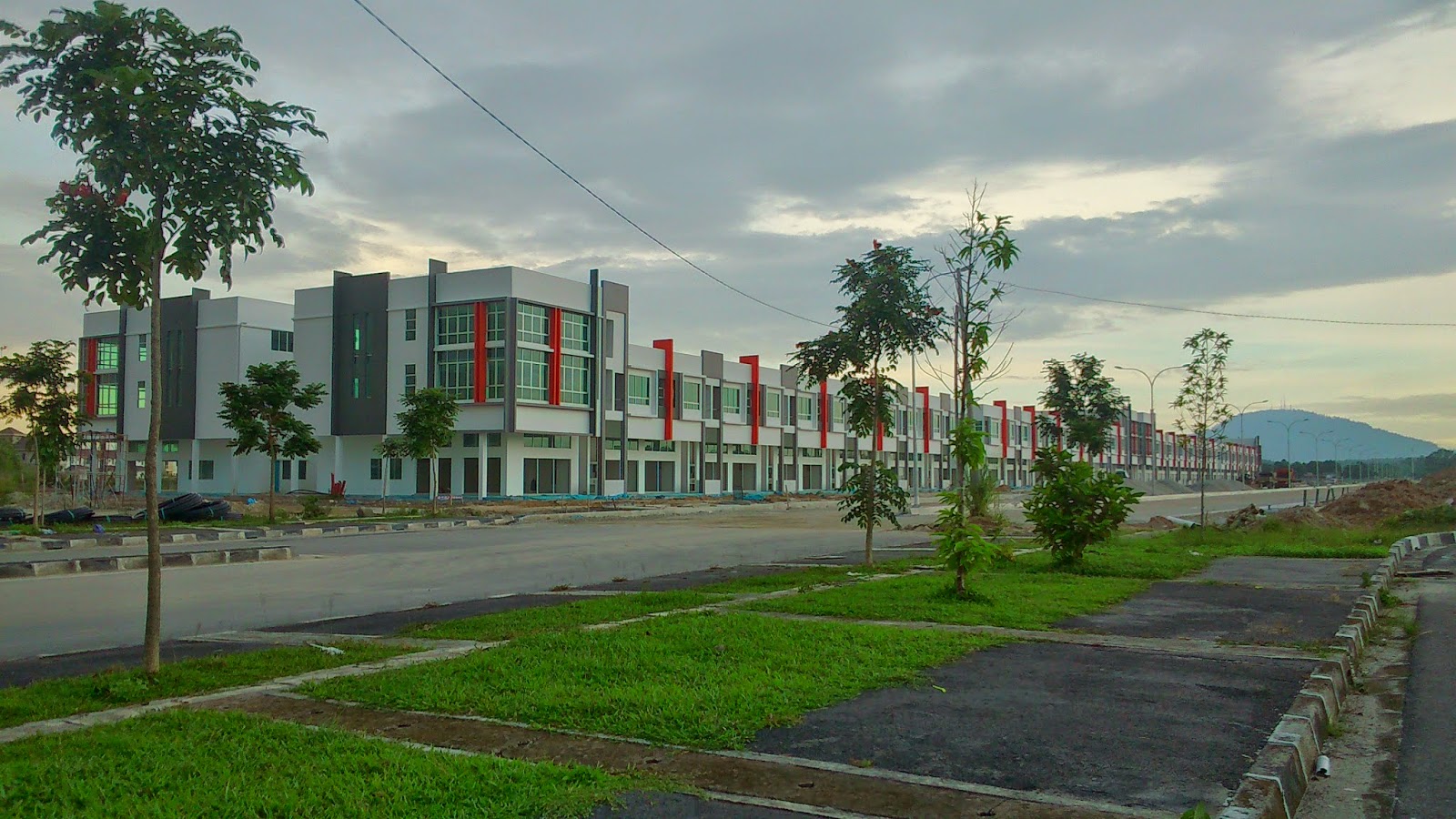 Total borrowings have been reduced by RM56mil in Q3. This enables Tambun to get back into net cash position.

Hopefully it will "diversify" away from its Pearl City by acquiring another huge land for township development elsewhere.

Meanwhile, there is some construction activity going on next to its Pearl City sales office at the moment. I guess it is working on the show unit of its upcoming serviced apartment Avenue Garden.

The construction of GEMS International School is running fast while we can see some ground floor structures for Pearl City Mall now. 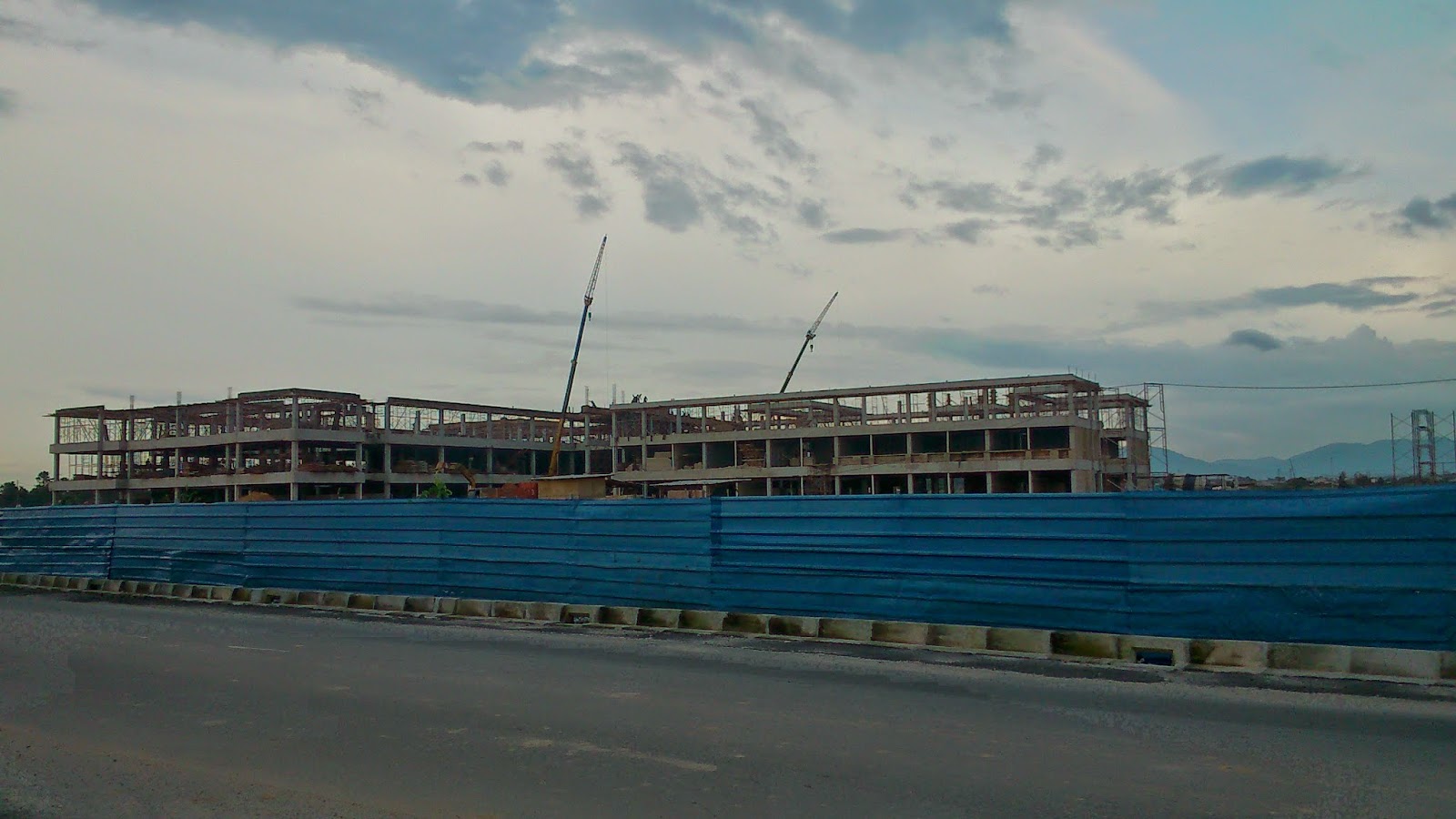 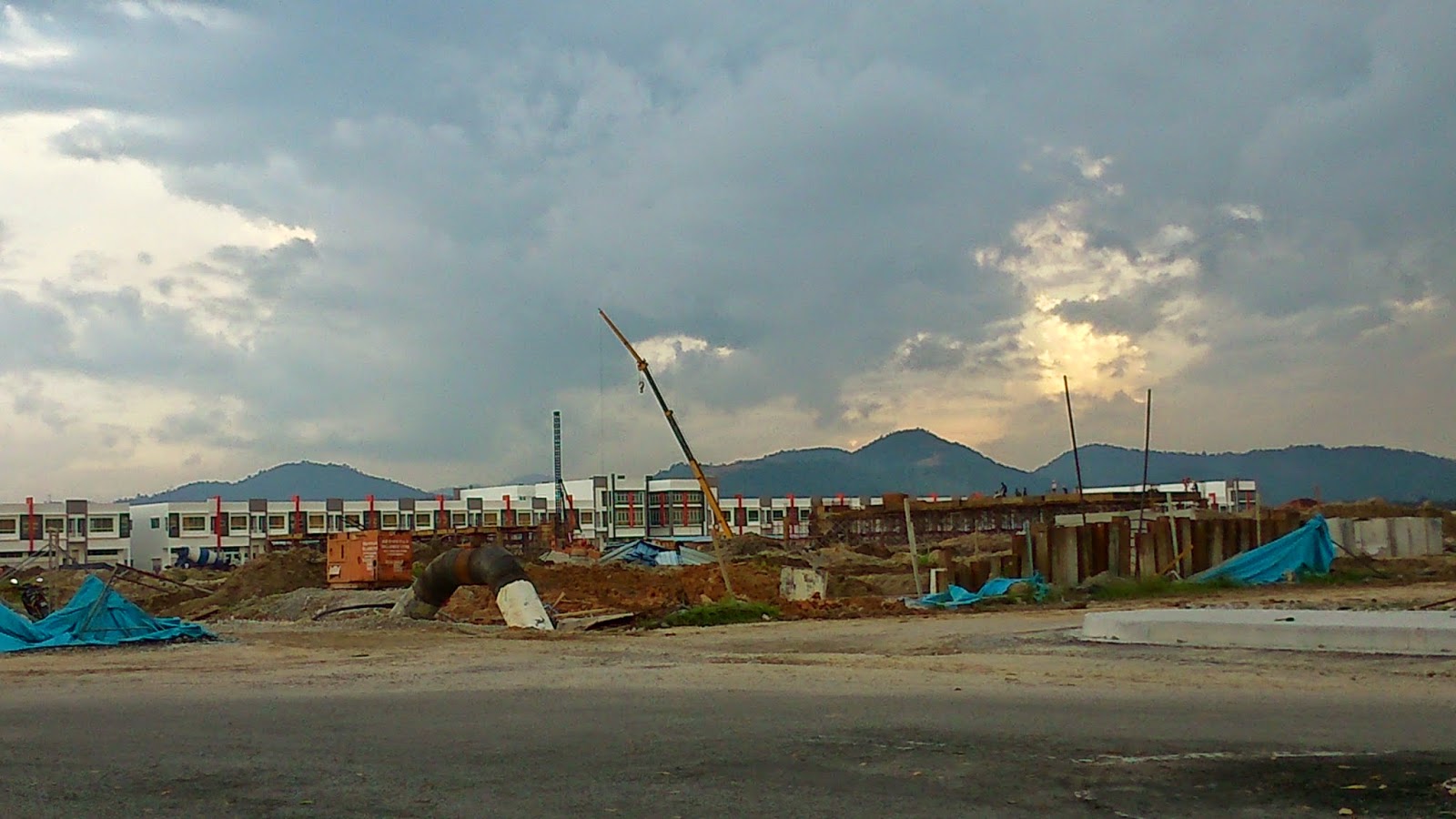 Tambun declares a first interim dividend of 3sen for FY14 which is 50% higher than 2sen in the corresponding period last year. Its total dividend might reach 10sen for the whole FY14 base on minimum 40% dividend payout ratio.

As the total paid-up shares have increased due to ESOS and warrant conversion, I will revise my own target price slightly downward to RM2.42, with target PATAMI unchanged at RM100mil for FY14.