In Limbo: How Low Can It Go?

From 2010 to 2018, there were 3 times when KLCI fell significantly but did not officially enter bear market. 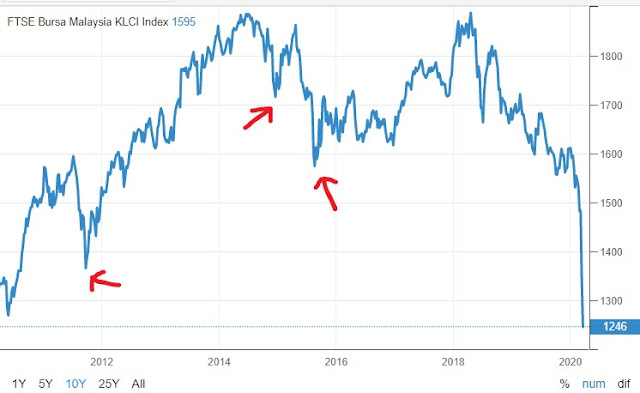 At that time, I just started this blog in May11 and didn't really know what was going on. I didn't sell any shares, only bought shares as I was just starting to build my portfolio.

All three "correction" did not fulfill the definition of bear market. I just held tightly and did not panic sell any shares.

This time in 2020, of course it is totally different. From my previous "pattern" I would have held the shares tight and refused to sell any of them.

Fortunately I didn't do that this time. I sold more than half of the shares in value.

Unfortunately I didn't sell all of them.

I think no one would have anticipated the stock market to fall so much in such a short period of time. It can be described as ferocious.

If it is a big bear, another 400 points decline is not impossible at all. We might be only half way through this mess.

Even though KLCI "only" declined by 25%, most stocks already fell more than 50% in this short period of time. Will they fall another 50%?

My current portfolio can be described as "no eye see". Perhaps this can provide some consolation to others who are suffering too.

Anyway I'm not too worry as I think I have ample cash in hands.

For those stocks which are "trapped", I only consider them as being placed in EPF or PRS fund, which I can only withdraw after 3-5 years.

I believe that those investors who are waiting for a good timing to buy cheap have the same feeling.

We don't want to miss the boats that sail north.

However, if we're not careful enough and take the wrong boats that continue to sink like Titanic, then we will still get drowned no matter how much cash we have now.

At this time, may be it's a good opportunity to do contra or short-term trades. As share prices are fluctuating wildly, one can easily earn 10-20% in one or two days time.

Even though Malaysia is implementing movement control order now, I still need to work. I don't have the luxury to sit at home for 2 weeks to monitor the share price closely. 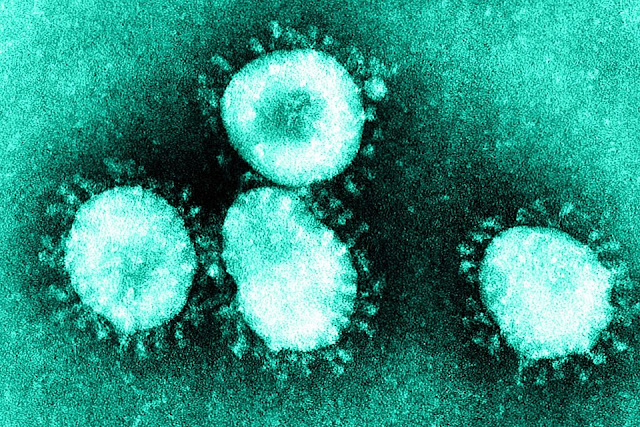 Personally I don't feel the worst of Covid-19 is over, especially in Malaysia.

At this moment Malaysia has 1030 confirmed cases, with 3 deaths. We are already the fourth highest in Asia after China, Iran & South Korea.

Though for the last 5 days the total daily cases did not surpass the record 190 cases per day, it does not reflect the true situation as the Covid-19 test results which normally take 24 hours now take much longer to release because of the sudden huge load.

With the help of private labs now, the results should be able to be released faster so it's not a surprise if we see a spike in cases later.

Government hospitals which are almost always full before the outbreak, will not be able to cope with this surge in Covid-19 patients if it continues to rise like that.

As for stock markets, after a deep fall 2 days ago, most regional markets including KLCI see a spectacular rebound yesterday. Notion jumped more than 30%!

Will it stage a V-shape quick recovery from here? Or is it just a breather before it dives even deeper?

Whatever it is, lets pray that this Covid-19 pandemic will be brought under control as soon as possible.

Email ThisBlogThis!Share to TwitterShare to FacebookShare to Pinterest
Labels: Bear